The Internet of Things as a field has been continuously growing since 1982, when it was first thought of. Such is its speed of growth, however, that according to predictions there will be over 50 billion devices as a part of the IoT by 2020. This makes it tempting, in speaking of the field, to only focus on its present and on its future development, but I reckon it is always wise to take a moment to also reflect on the past, and to remember the people who pioneered it.

An old and heteronormative saying claims that “Behind every successful man, there is a woman”.  As a woman in CS myself, I don’t like that saying, but I espouse the thought of a similar one:  “Behind every successful innovation, there is also a woman“.  Given our modern ideals of gender equality and progress, it is not always enough to generically look back at the people who paved the way for the IoT; sometimes we have to specifically remember the media-overlooked women who did so, and to give them credit where it’s due.

The Internet of Things refers to the intelligent interconnection of various devices and machines to a larger network, or the Internet. While it comes with its  own set of inherent risks, as does any technological innovation, it certainly aspires to make our lives simpler.

This was not the work of merely one man or one woman. The IoT came into existence because of the efforts of many different people, including women. Each person discovered or created something that enabled us to move one step closer to the Internet of Things as we know it today. For this simple reason, I have decided to dedicate this essay to not just one, but four different revolutionary female computer scientists, all of whom, I believe, were instrumental to the development of the IoT. 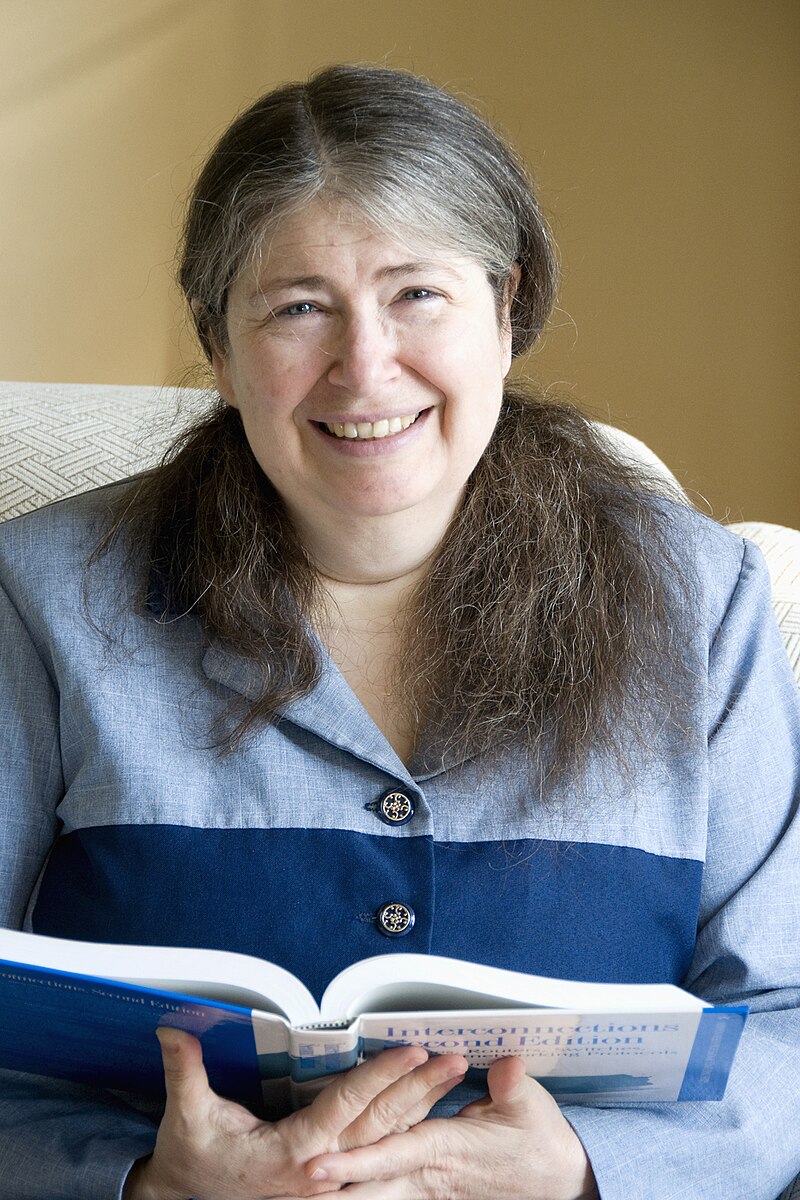 I believe the most important figure in the history of the IoT would definitely have to be Radia Perlman. Though she has humbly made it clear in the past that she prefers not being called ‘The Mother of The Internet’, it is pretty apparent that she deserves the title for her substantial work when it comes to spanning tree algorithms. The Spanning Tree Protocol that she created ensured a loop free topology for any bridged Ethernet connections.Her protocol changed the way the Ethernet worked! The Ethernet was no longer something that worked with a few nodes, all within a short range distance, it was now a larger network, spread over a larger number of nodes.

The Internet as we know it today wouldn’t exist, had it not been for this genius creation of Perlman’s. Though the STP she created was soon outdated, it set the ball rolling in that particular form of thinking. STP was modified and extended, and it gave rise to a multitude of protocols that all helped develop the Internet and it’s connected devices into what we have today. It was a revolution for the simple reason that it changed the way people thought; It provided a new idea for people to work on.

Looking further back, at the 1930s, an important figure to pay attention to is Hedy Lamarr, an Austrian-American actress who was also an inventor. It is not intuitive to see how Hedy Lamarr could be considered important in paving the way for the IoT. However, during The Second World War, Lamarr identified the jamming of the Allies’ radio communications by the Axis powers as a great threat, so she worked with George Antheil to develop the spread spectrum and frequency hopping technologies that solve this problem. At the time, though, her work was not recognised by the American Navy as particularly useful, and in fact, the US Navy only adopted the technology in the 1960’s.

Though initially not recognised for her work, in 1997, three years before her death, Lamarr finally received her due share of recognition when she was awarded the Pioneer Award by the Electronic Frontier Foundation. In 2014, she was posthumously inducted into the National Inventors Hall of Fame for the technology she created nearly eighty years earlier.

Anyone actively involved in the field of Computer Science would be aware of the amazing Navy Rear Admiral Grace Hopper. Popularly known as the Queen of Software, she played an instrumental role in the early development of high level languages. She is most popularly associated with the development of the  Common Business-Oriented Language (COBOL), which she in turn developed from the FLOW-MATIC language that she developed in 1958.

While the COBOL is now an outdated language (which still has a great following), Hopper achieved what she set out to achieve. In particular, she believed that if programming were more language based than being exclusively machine based, then there would be more programmers in the world.

Though Grace Hopper might not be directly connected to the development of the IoT, her revolution of having programming languages that anyone could read is the reason why we have a plethora of programmers and programming languages today. Without “Grandma COBOL”, the software world would be a very different place. And without her contribution, the Internet would never have progressed to the state that it is in today. 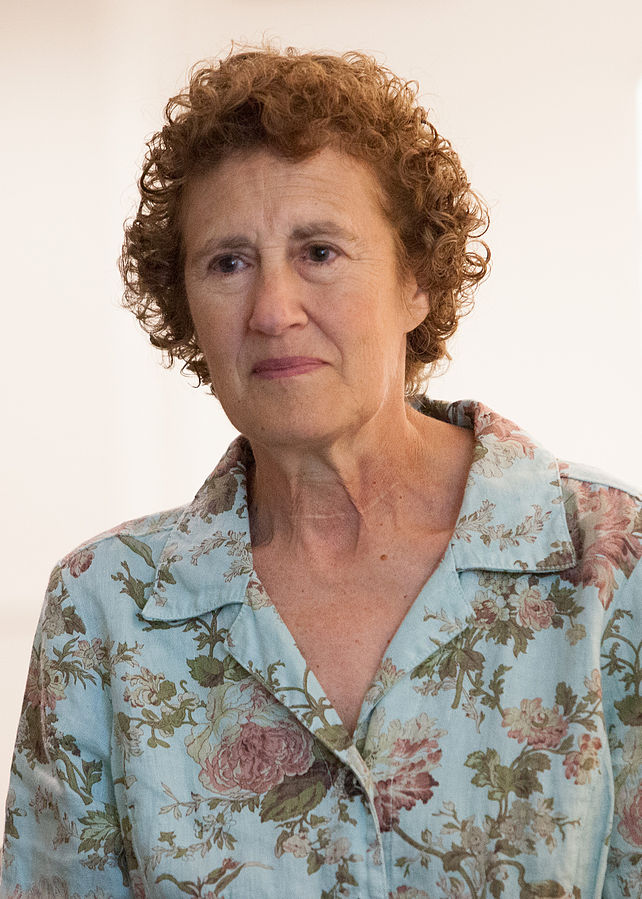 Lastly, we come to Barbara Liskov, an IT whiz who was also one of the first women  to get a PhD in the field of Computer Science.  She is famous for contributing to the development of Object Oriented Programming. Two of the programming languages that she created, CLU and Argus, were important in the development of current day programming languages such as  Objective-C, Visual Basic.NET and Java. She got the Turing Award in 2008 for her work. (If you don’t know her, I’d encourage to see her talk about “the power of abstraction” in computer programming on youtube.)

Her work is intimately related to IoT and its development, because most embedded devices, which are the building blocks of the IoT infrastructure, run on code written in object oriented programming languages. Therefore, Liskov’s contribution to programming was indirectly instrumental in the development of the IoT.

To showcase how the contributions of these four magnificent women come together in the modern IoT, I will use an example. Let us consider a popular IoT device currently on the market – a smart washing machine that washes, dries, and utilises the WiFi in order to be remotely monitored.

It is apparent that the creation of the Internet and the Internet of Things is not a one-man (or a one-woman) effort. It is through the collaborative effort of many different individuals and their various contributions from different periods of time, that we achieved today’s results.

Technology is never stagnant, it keeps changing every day, and like in the well known butterfly effect, a single new idea can cause a revolution which can imperceptibly change forever the direction in which technology progresses.

These women have created a legacy that will continue to shape the way we think. Their legacy, like that of many others, will live on long after they are gone through the effects it produced, and thus their contributions can never truly be forgotten by the Universe.

Thus, I think it is only right that they also be remembered through the pages of history, as women who paved the way for the Internet of Things.